From left, Alex Roybal, Bill Dunn and Mark Chatfield salute in front of the World War II memorial in Washington, D.C. The three men were part of the September Honor Flight from Utah.

Three World War II veterans returned home to Sandy on Sept. 20 after experiencing the trip of a lifetime. Alex Roybal, Bill Dunn and Mark Chatfield are Navy brothers who met while living together at the Atria Senior Living Center in Sandy.
Through a program called Utah’s Honor Flight, these three servicemen had the opportunity to travel to Washington, D.C. and visit, among other things, the World War II memorial erected almost 10 years ago in honor of the armed forces who served during that war. Their trip was paid for entirely through donations made to the Honor Flight program.
Roybal, Dunn and Chatfield didn’t travel alone. A total of 66 veterans ranging from age 87 to 98 made the trip, and each soldier was accompanied by a guardian of their choosing. Chatfield’s daughter, Diane Holbrook, 65, and Dunn’s daughter, Debbie Black, 62, both took time out of their busy lives to travel with their fathers to D.C. Cissy Heaton, 56, Roybal’s daughter, actually travelled from Florida to make the trip with her father. 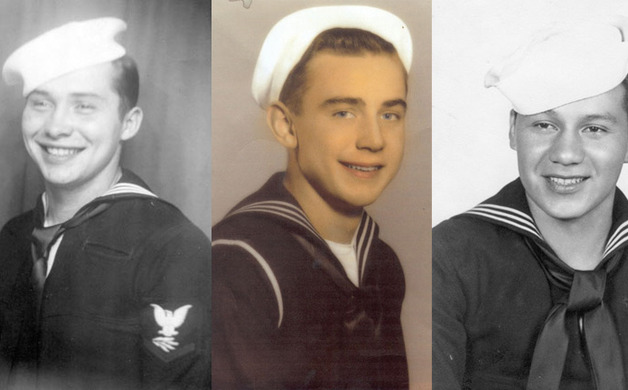