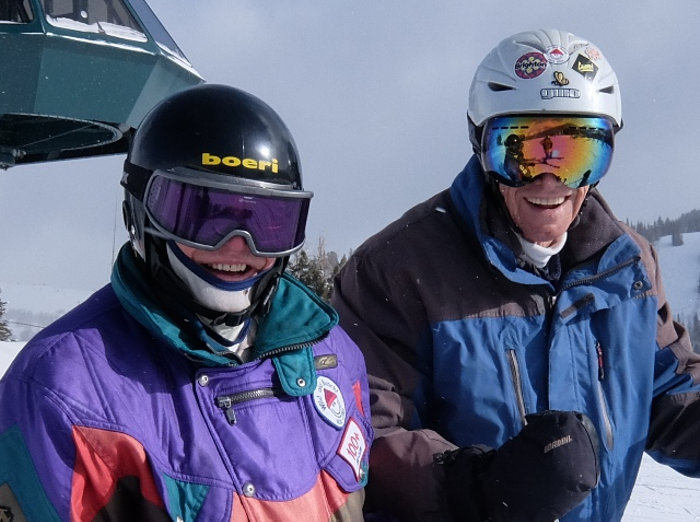 George and Brighton skier Bud Temple. Together they have a combined age of about 200 / photo: Harriet Wallis

Skiing is a life-long sport, but many give it up when their spouse or ski partner passes away.

The 70+ Ski Club is the foremost organization for older skiers, and the 3,000 members come from all over the country. The Club offers week-long ski trips to various resorts in the U.S. as well as to Europe and Canada. During their week-long trip to Salt Lake City they skied a different resort every day.

What's amazing about these senior skiers is their level of physical fitness and their attitudes. There are no couch potatoes. At a time when doctors are trying to coax people to be active and exercise, these seniors already have the message. They're active.

Every time I rode the chairlift with several of them, I asked what they do other than ski. Walk, walk on the beach, run on the beach, hike, swim, play tennis, do yoga, bike, canoe, and the list goes on. They stay active because they want to be active – not because their doctor told them to exercise.

It snowed on the day the group skied at Brighton. The wind was blowing and it was chilly. Many local skiers would have avoided such a day. But 102 year old Californian George Jedenoff bundled up and went skiing. As he got off at the top of the chairlift, he asked, “Where's the best powder?”

He's 102, and he'll jump into any patch of powder he can find and ski it well. At home, he works out for 45 – 60 minutes every day before breakfast. He's a role model and an inspiration. 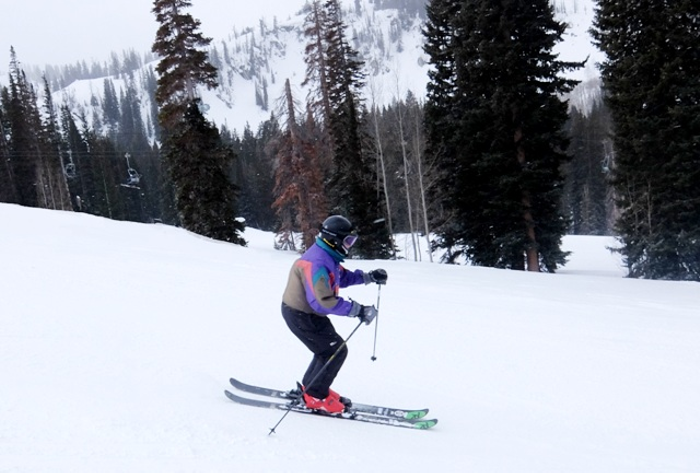 These seniors also have positive attitudes. They're happy people. Like George, they look at the positives in life. They enjoy the beauty of the world around them and they enjoy the activity of skiing. They get beyond their physical limitations of replacement knees and hips, heart stints, fused vertebrae, and body parts that hurt. Instead of whining, they go skiing – and it makes life look and feel good.

Age is the only requirement for membership in the 70+ Club. Members must be at least 70 years old. The Club has 3,000 skiing members from all over the U.S. 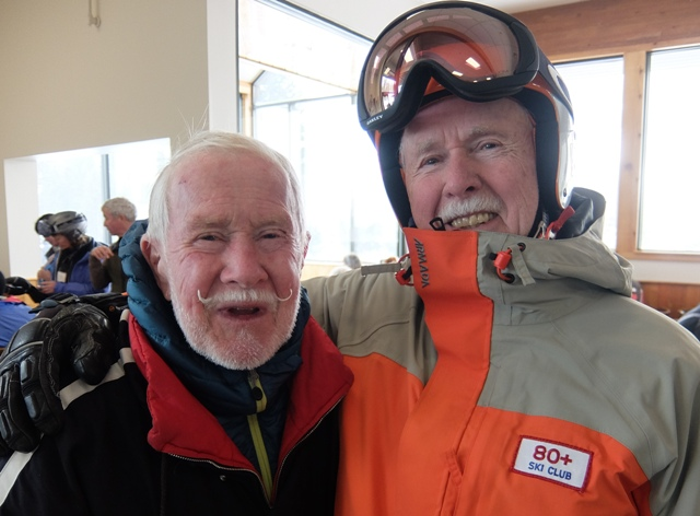 The website explains: “Lloyd Lambert founded the 70+ Ski Club at age 76 when he saw seniors giving up the sport because they could no longer afford it or had no one to ski with. ... Today, led by Lloyd’s grandson, the 70+ Ski Club continues to organize trips and events for its 3,000+ members nationwide.” 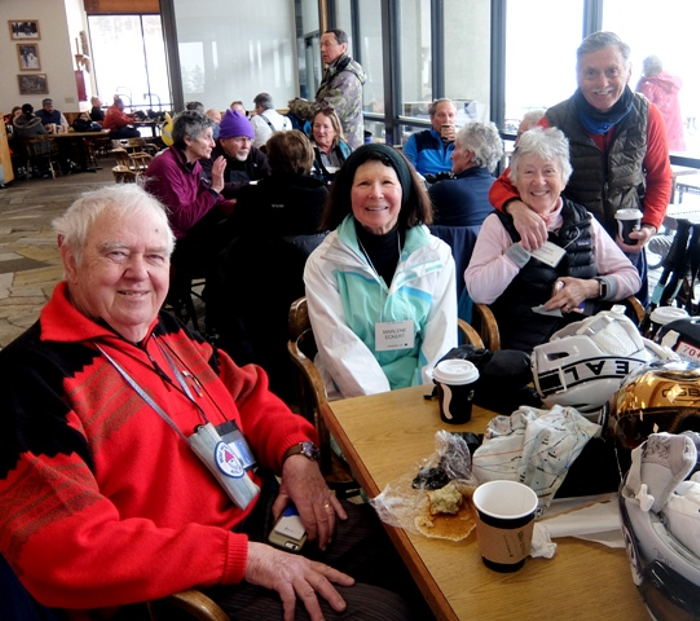